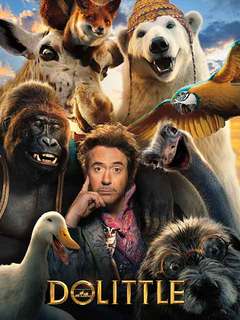 After the death of his wife, the eccentric doctor and veterinarian, who can talk to animals, shuts himself in the house with only his animals for company. But when Queen Victoria falls gravely ill the doctor is forced to go out in search of a cure, an adventure which involves fantastical creatures, pirates and even a mythical island.

No any shows available. Please try other dates.